In January and March this year, I returned to Mexico to visit the Cerro Pelón Monarch butterfly reserve. Working with an interdisciplinary team of artists and scientists, including Monarch expert Dr Pablo Jaramillo, we’ve been exploring the reserve. This has included the installation of a streambox, designed and made by SoundCamp which broadcasts the sounds of the reserve over the internet in real-time. Already we’ve had good interest from Monarch Watch, and other people around the globe. The stream forms part of the the UNESCO Biosphere Soundscapes project, led by Leah Barclay.

Monika Maeckle at the Texas Butterfly Ranch has written a nice blog post about our recent trip, complete with photo documentation and a link to the live stream on the Locus Sonus Soundmap. 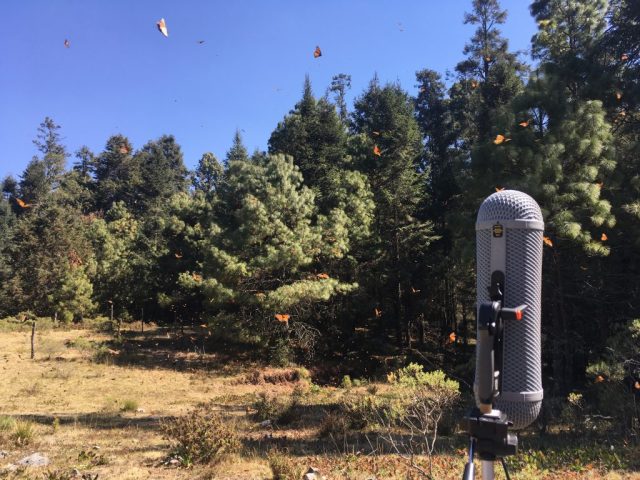 1 Response to Eavesdropping on Monarch Butterflies