Recording the Stalacpipe Organ – Composer Residency at the University of Virginia

I’ve just returned from an inspiring visit to Charlottesville, where I’ve been hosted by the amazing music department at the University of Virginia. Whilst I was there, I continued my research into ringing stones and lithophones. Virginia is home to the Stalacpipe Organ, which was designed and built by Leland Sprinkle between 1954 – 1957. It’s the world’s largest instrument, spanning over 3.5 acres underground in the Luray Caverns very near to the Blue Ridge Mountains. The stalactites in the caverns ring when struck, and Sprinkle spent 3 years choosing a number of them, and tuning them to a chromatic scale. He then linked them to an organ console via copper wires. Each key on the console is linked to a different wire, which in turn is linked to a solenoid attached to each chosen stalactite. The result is a beautiful, spacious sound with stalactites being spaced all around the listener. You literally play the cavern.

I spent a day there playing and recording the instrument in ambisonics, along with Matthew Burtner, in order to capture the sound in 3D. These recordings are being worked into a new composition inspired by the instrument and the different geological processes which have made it. Many thanks to John Shaffer and his team at the Luray caverns for allowing us to record, and many thanks to Matthew Burtner for inviting me, as well as putting me up in his home. Thanks also to Noel Lobley for letting me speak to his undergraduate students, and to Travis Thatcher for having me as a guest artist, performing two of my compositions, as well as putting on my interactive lithophone installation at his Telemetry night in downtown Charlottesville. 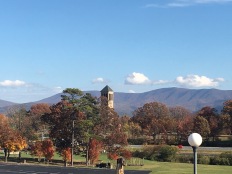 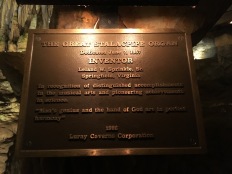 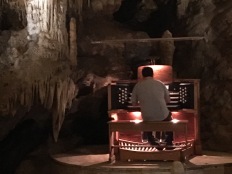 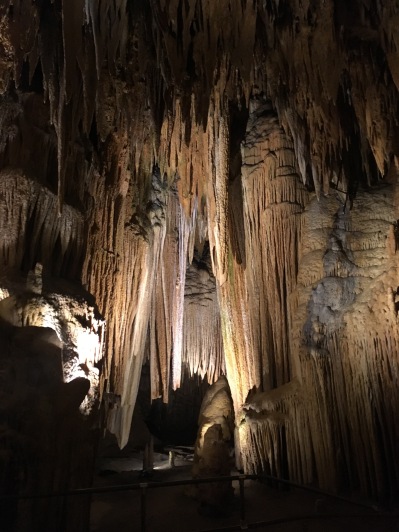 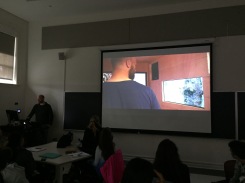 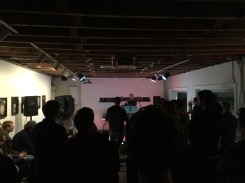 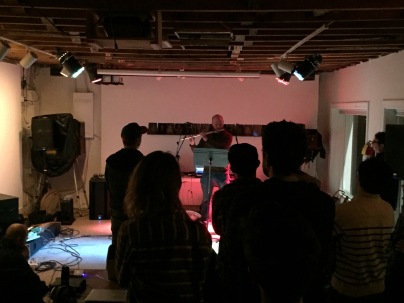 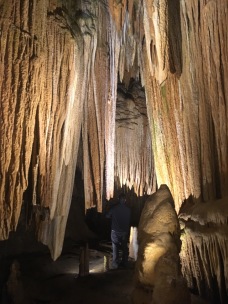 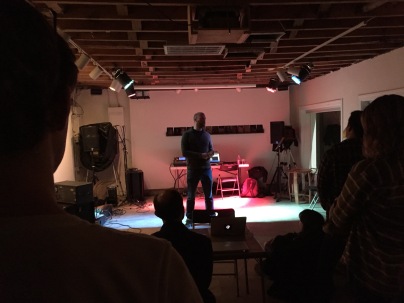 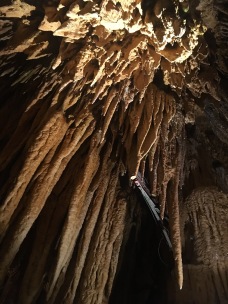 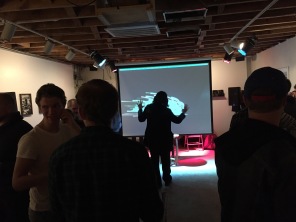 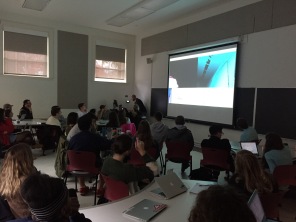 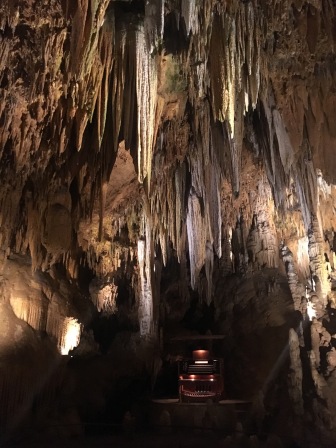 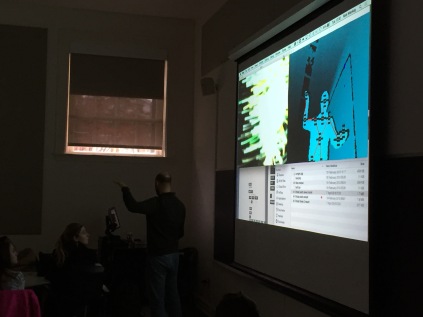 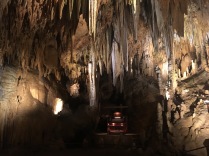 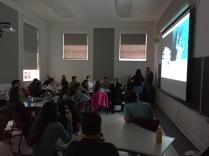