The third collaboration between John Wedgwood Clarke and I this year saw us developing a new travelling exhibition by primary school pupils in Hull and our sister city Freetown in Sierra Leone. 2778 Nautical Miles is named after the distance between Hull and Freetown and is a call-and-response piece including poetry, recorded sound and photography created in both cities. Drawing on the tradition of the call-and-response-song, UK and Sierra Leonean pupils’ creative writing and sound recordings – which were made on location in their homes, markets, ports and at their respective cities’ monuments to slavery and to freedom – question and answer each other.

We ran a  number of field recording and creative writing workshops with the school pupils, and worked with them to develop the installation which is made from their field recordings and writings. In John’s words “We wanted the children to listen to the city, we looked for things we might have in common with Freetown, the port, markets and monuments, and explore the differences and similarities through poetry, interviews sound-recordings, editing and curating.”

The project was devised and curated by Sea Swim in partnership with Global Learning Hull, the International Pupil Council and our No Limits learning programme. 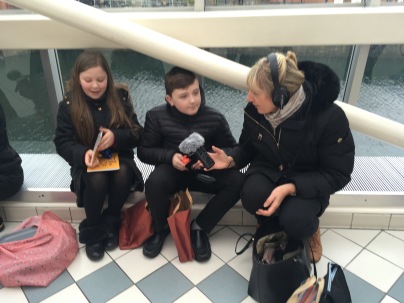 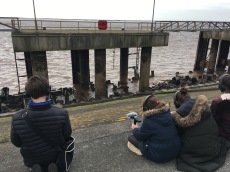 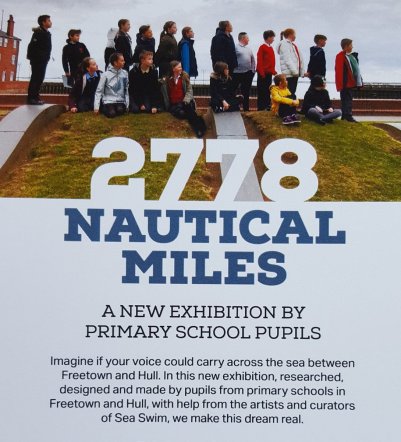